President Trump appeared to have his microphone cut off for a brief moment while he was explaining his health care plan during the final presidential debate in Nashville, Tenn., on Thursday night.

ATHENS, Greece (AP) – Greek authorities are searching for one of the leading members and former lawmakers of the extreme right-wing Golden Dawn party after he refused to turn himself in following a court decision ordering his imprisonment.

When it comes to the number of in-person campaign events being held in the White House race, President Trump is lapping Democratic nominee Joe Biden.

In an already unpredictable year, an Italian farmer discovered another strange occurrence this month, according to multiple reports.

President Trump gave a very different debate performance from his last face-off with Joe Biden. Trump had clearly learned his lesson; poor post-debate polling made it clear that browbeating his rival would not win over any votes.

Airbus has delivered three A350-1000s to Qatar Airways, its first handover of long-haul aircraft to the Middle Eastern carrier for eight months.

It had already completed deliveries of its 34 directly-ordered A350-900s in September last year.

“Qatar Airways is one of the few global airlines to have never stopped flying throughout this crisis,” says chief executive Akbar Al Baker.

He adds that it is “one of the only airlines to continue taking delivery of new aircraft”, although it has kept its A380 fleet grounded. 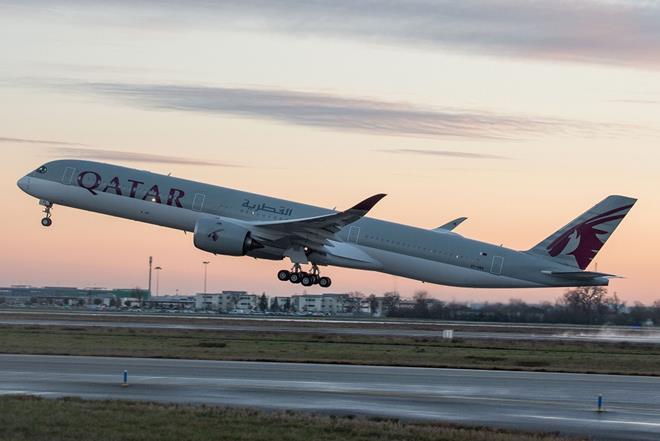 Airbus’s long-haul deliveries have been slowed by the crisis. It delivered no A330neos for three consecutive months from May, and no long-haul aircraft at all in July.

But signs of a pick-up have emerged with 13 long-haul deliveries in August-September – four A330neos and nine A350s – almost as many twin-aisle aircraft as it handed over in the five previous months.

Qatar Airways has been flagging the efficiency of the A350 compared with its A380s, of which it has 10.

On routes from its Doha base to several destinations – Paris, Frankfurt, London, New York, Sydney, Melbourne and Guangzhou – the A380 typically emitted 80% more carbon dioxide per block hour compared with the twinjet, increasing to 95% on the New York and Melbourne routes.

Qatar Airways has also focused on deploying its 30 twin-engined Boeing 787s on long-haul operations. The airline says it has the fleet flexibility to offer suitable capacity, rather than being “forced to fly oversized aircraft”.

Qantas is eyeing new international destinations and a larger share of Australia’s domestic market as it emerges from the Covid-19 crisis, company executives said today.

The airline is keeping an eye on the potential for travel bubbles with parts of Asia, chairman Richard Goyder said at the flag carrier’s annual general meeting. 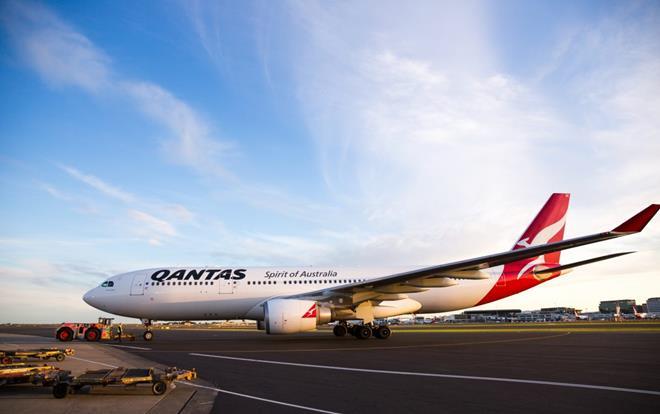 Amid the coronavirus pandemic, the A330 is the sole widebody Qantas is still operating

“By early next year, we may find that [South] Korea, Taiwan and various islands in the Pacific are top Qantas destinations while we wait for our core international markets like the US and UK to reopen,” he states.

Chief executive Alan Joyce said the unexpected closure of state borders in July to cope with a fresh wave of Covid-19 cases had delayed Qantas and Jetstar’s domestic recovery plans.

Domestic capacity is running at under 30% of what it was pre-Covid-19, whereas the group had expected it to be back to about 60% by now.

“This delay resulted in a A$100 million ($71 million) negative impact on earnings for the first quarter of FY21, and will have an impact on Q2 as well,” he told shareholders.

Still, he expects the upturn in demand to be swift once Australian states reopen their borders and says Qantas has the liquidity to manage the situation.

“Because our cash flow from continuing operations is positive before one-offs like redundancies, we could continue at this level of flying for a very long time – if we had to,” he adds.

Joyce predicts that the group will be at up to 50% of domestic capacity by Christmas if Queensland opened its borders to New South Wales. He adds that due to changes in strategy at main rival Virgin Australia, Qantas Group’s share of the domestic market could rise from 60% to 70% over time.

Chairman Goyder highlights that Qantas has raised over A$2 billion in secured and unsecured debt since March and A$1.4 billion through its first equity raising in a decade.

To deal with “the worst trading conditions in our long history”, according to Joyce, Qantas has also identified A$15 billion in cost savings over the next three years, mainly through less flying.

It is aiming for A$1 billion in ongoing cost improvements from financial year (FY) 2023, of which A$600 million is due to be achieved in the current financial year ending 30 June 2021. For example, the group is looking to reduce ground handling costs by up to A$100 million a year, is reviewing its property portfolio, and has stopped cash spending on sponsorships.

“Progress has been strong, with the FY21 program about halfway through, and expected to be 90% complete by the end of December 2020,” Joyce states.

He says there are some bright spots in the current crisis. The airline’s loyalty division saw profits slip only 10% in the last financial year. The division’s diversification has also paid off, with Qantas Wine revenues up 75% in July and August compared with last year.

Freight activity is also benefiting from the shift to e-commerce as people spend more time at home.

“We will come through this crisis more efficient and more focused – ready to take advantage of the opportunities on the other side,” he concludes.

Panel of political appointees, including one who suggested COVID wasn’t even real, votes 4-3 to drop mandate after pleas for help from area doctors.

Western Europe has long been one of the world’s top spots for luxury shopping, and not just for Europeans. Tourists from the US and around Asia—once mostly from Japan, but more recently predominately from China—were responsible for a large share of the region’s sales, in part because prices for French and Italian luxury brands were much better in Europe.

But as Covid-19 wiped out tourism to the area, particularly the long-haul sort where travelers come from far afield, it has prompted more shoppers to do their luxury buying closer to home.

At Gucci, which saw a big dip in the first half of the year, sales jumped 44% in North America this quarter compared to 2019, parent company Kering reported yesterday (pdf). At Saint Laurent, another Kering brand, sales in the region rose 32%. On a call with investors and analysts, the group’s CFO, Jean-Marc Duplaix, highlighted a number of factors but said first among them was a “repatriation of demand, especially from wealthy American tourists.”

Walmart appears to have leaped ahead of Amazon in the crucial festive season e-commerce wars in India this year.